App Designing and Development Companies in M-Commerce: Find out the Best one for Designing your App.

e-Commerce players understand the importance of m-commerce and a lot of new trends has been witnessed in e-commerce in the previous year.

We have seen a huge inclination towards mobile commerce and mobile marketing. While previously online shopping was all about desktop shoppers now there are multi-channel shoppers with more devices like laptop, desktop, tablets and mobile phones. 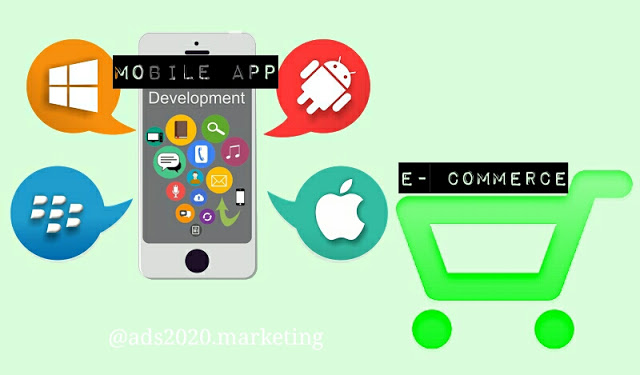 Let us find out the Top 5 mobile app solution providers for e-commerce and understand how to take our e-commerce business on mobile apps with these ready solutions.

Realizing the importance of mobile commerce and more than 60 percent of online shopping traffic coming from mobile devices a mobile app for your e-commerce is must in these days.

Founded in 2008 and headquartered in Chennai, India, Contus is mobile, web and cloud based application solution providers. They have customers from over 40+ countries and have served/ing more than 20,000 + customers.

Contus started with mobile apps and e-commerce website development company and now it is one of the biggest mobile app solution providers for e-commerce.

Contus developed mobecommerce which is mobile based platform for e-commerce mobile users. It was also awarded in 2011 for its product mobecommerce.

M-Comm is compatible with all major eCommerce platforms like Magento, Prestashop, OpenCart, etc. It is a ready-to-go solution which can be tweaked for any eCommerce requirements by our mobile application development experts.

Founded in 2009 and head quartered in California, Shopgate provide mobile app building solution to its customers. It facilitates the clients to instantly start building a mobile store front for their e-commerce shopping sites.

Storefronts can be developed either as mobile apps or as mobile-oriented websites. 80% of all mobile shopfronts in Germany have been created through Shopgate and Shopgate was live in four additional European countries by late 2012 but it has spread globally now.

Users set-up independently and run their own online stores for mobile devices. Adding more products than the free plan allows results in a monthly subscription fee to keep the shop open. The stores initially accepted their payment from customers through before partnering with the company ZooZ.

In May 2012 the company expanded its software to include the development of apps for Android devices and iPads. In 2012 it also launched a HTML5 Web App, which allowed it to be used on next-generation mobile devices. The company has been the recipient of several awards for its mobile apps.

Apptuse is focused on crafting elegant and native shopping apps for businesses and individuals. As brands look to mobile commerce for new ways to connect with their customers, Apptuse helps brands increase their conversions and sales on mobile devices.

You don’t have to be a coding guru! Get your application and publish it in the App Store and the Play Store for your customers to download and shop from. All of this without writing a single line of code.

Unlike the desktop, smartphones let you stay in touch with your customers at all times during the day. You can now send real-time updates that prompt immediate actions. Get mobile friendly and act mobile friendly.

Deep link helps every App which has multiple screens, products or sections. So instead of making every user open your App’s main screen and then manually navigate, deep links can take them directly to the desired page.

Get customers to buy no matter which platform they come from with both Android and iOS apps for your mobile store. When you cater to so many platforms, you are sure to get business and sales soaring.

Visitors on your app can directly call, email or drop a message to store merchants regarding store or product related queries.

Stay connected, wherever you are!

Use your Social Media channels to your advantage by giving app shoppers the benefit of connecting with you over platforms such as Facebook, Twitter, Google plus and so on.

➤ Top 10 SEO Companies in the World

Appy Pie is a mobile app platform released on Android and iOS platforms. It is an app that allows its users to create different types of mobile apps, which can then be released to the public and monetized. It also features its own marketplace to show off apps created through it. Appy Pie launched out of beta version of its WYSIWYG mobile app creation service on 14 April 2013.

Appy Pie is a program that allows people to create and monetize apps. According to its creators, the Game Builder platform was designed to be easily accessible to people without experience.

In May, the app maker launched a reseller program for Appy Pie that allows people to build white-label apps. The app was later given support for more kinds of applications, including image sharing, event platform, and social networking.