How marketing and advertising Trends are evolving in today’s Time?

Am sure we have all come across a man holding a placard for a company not so alien, probably a multi-billion-dollar company. A company that has already enthralled the world in ways unimaginable by the human mind.

The one question that lingers is why they go on in such a manner if they have it all in place. Why push more money into advertising if they have their products and companies well known to the markets?

Big companies such as LG, Sony, Coca-Cola, Pepsi and other multi-national companies have kept this trend with scintillating adverts every year to push for their agenda to potential markets.

Learn what and how companies are doing marketing and advertising for promoting and branding their business.

From sponsoring a college soccer tournament to supermarket standoffs, companies have popped up new ways to grab the market’s attention. Advertising has been taken up a notch from Television ads to one on one experience with companies taking up the initiative to build markets as well as strengthen any existing bonds with the masses.
Marketing lingo refers to on-ground events and promotions as brand activation. With every passing day, these are growing a stunning popularity with many companies due to their effect on sales. An article by the Economic Times in 2012 revealed that large multi-nationals were diverting more funds towards these activities. The report indicated that LG had increased funding of these activities up to 60% of the company’s marketing budget from about 35% three years before.

Pepsi Co India Category director Homi Battiwalla in the same year justified such trends as significant saying that the consumers have grown a loyalty to companies that go that extra mile. “Today, consumers have started saying, “show me something real” he said. April that very year had them switch from cricket to soccer, a campaign they called “change the game”. They ran the idea across towns calling it “T-20 Football” This Seven-a-side 20-minute soccer tourney hit the ground hard.

This obviously paid great dividends for the company in-turn building a loyalty against competition.

An extra mile, an extra buck

Stand-offs in supermarkets aren’t any different. Consumers are compelled to buy company products given the great customer care these sales persons depict. Culture to most cosmetic companies for outright reach out, companies have sent their best agents to work.
Well, as this is a common act for mainly start-ups, gold standard companies haven’t skipped the wagon. Nivea
for example had a similar campaign in Uganda in 2014.
One can say that advertising has gone on from media houses to just “Next to you”. These efforts are indeed costly but pay bigger profit margins to companies that partake this “Madness”.

There is another trick that many multi-nationals and start-ups have empowered to date:  Social media- quite a powerful tool.

Companies have pushed up interest for products and promotions through the social media platforms available to the masses. They simply build networks around social media users basically the most popular accounts in an attempt to reach wider networks.

According to a report by “We Are Social”, 31% of the world’s population is registered on various social platforms. The sort of numbers many companies keep an eye peeled for.

Companies believe in the great influence social media has on the target market and take it much more seriously than the average users.

It is the same platform companies use to get a feel of what people think about a certain product. Through social media platforms, such as Twitter, Facebook, WeChat and others, companies get a hint of any faults of any given
product.
Other methods such as pop-ups have also been in great use for those that don’t subscribe to social media. Internet advertising has grown with internet service providers routing for the desperate multi-nationals to bring their money.
This sort of attitude is the reason as to why you have so many pop-ups when you open the browser on your phone or computer. It is an eye-catching service that has also seen politicians take heed in the same direction.
Learn how to promote online store

So, back to the initial question, why companies advertise in such a manner?

Well it is quite simple. Companies in the past looked for new markets in terms of individuals as well as social groups. They focused on depicting a certain message to target market about their products and hoped the hype was picked up thanks to their catchy phrases and industrious marketing thanks to media houses.

Many marketers’ dream was to instill brand loyalty hence sustaining estimate sales per quota. The break-out of social media in the early part of the decade dragged the competition further to these platforms thanks to the big outreach opportunity they presented.

Less-fiscal methods of advertising have nevertheless become popular a trend not mainly because of the numbers that back these. Samuel Njeri sales manager of Uniliver Kenya agrees that these methods have a big say in the numbers her branch records in a given quota.

“There is no doubt that eye-catching marketing strategies have a strong hold on masses, they often leave something on the target population” he said. L.K Gupta of LG India didn’t have any different a response to the very question. “the influencing touch points are shifting” he says.

“The customer comes with his own research, therefore demos and explanations have become an area of focus for many companies” he added.

There is an endless list of evidence that these practical ideas are very effective for the daring companies. Companies have gained more than earlier anticipated in the decade.

The daring ones have dominated sects of the market with masses showing loyalty like never before.

It is almost the bad news many start-ups don’t want to hear. It is much harder to hold down market percentage today and with limited resources, a company could easily be pushed out of production if they don’t get their agenda out there.

None-the-less there are ways as showed to you in this publication to get your company out there but, you must certainly have your game on to get their attention. Being practical in this field may not be as expensive as thought if you turn on your innovation button.

If you are a beginner marketer then don't forget to subscribe our blog Ads2020.Marketing as we mainly focus on the content related to digital marketing for beginners. You would get all kinds of resources (free/paid) required for digital marketing success.
Previous Cow Dung Cakes – Why and How they Sell like Hot Cakes on Online Shopping Sites
Next 5 Reasons Why your Website is not Ranking AS EXPECTED in Search Engines 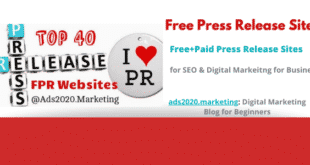 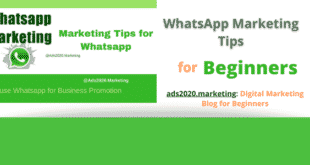 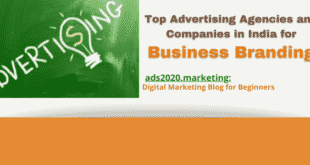 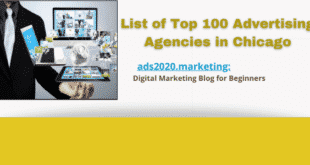 Top 10 Advertising Agencies in Chicago for Business Branding and Marketing 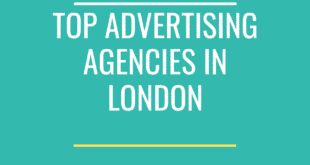 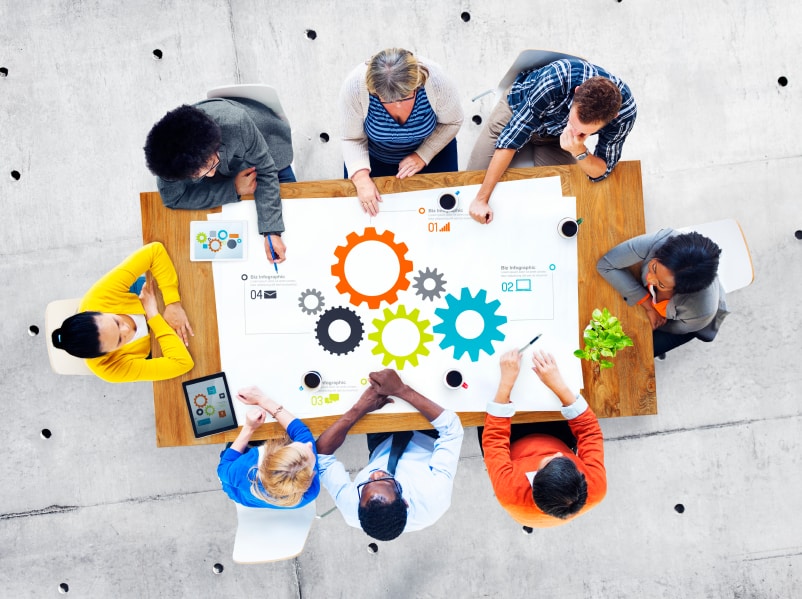