Social Media Sites needs no introduction to introduce them. We all do have social media accounts on different social networking sites in accordance with our needs and preferences.
It is no secret that there is going a boom in online social media Industry in India as well. There are hundreds of sites dedicated to social networking. They are built to cater different types of communities and people’s need for connecting socially on the Internet. Like, dating, chatting, education, business, marketing, SEO, advertising, knowledge and Information, science and research, etc.

Detailed List of The Most Popular Social Media Websites in India for Yr 2020-2021.

[ Read more Tips on Facebook Social media ]
Facebook needs no words to get introduced. Facebook was founded by Mark Zuckerberg, Chris Hughes, Andrew McCollum, Eduardo Saverin and Dustin Moskovitz in 2004. It is among the top most popular social sites in India and across the globe and why it shouldn’t be?

Facebook has introduced many new things for general and business users as well. Facebook has brought a new timeline for its users, groups on Facebook through which you can connect with the persons of same interest, games on Facebook, Business Pages on Facebook, Facebook Advertisements, Free Basics Submission, Fb Start and a lot more.

Along with that, it has 142 Million Facebook users according to statistics in India which makes it be in the list of favorite social media sites in India.

#2. Twitter- The Most Popular Social Media Site in India among Smart Users:

In the recent few years, Twitter has also become one of the used social media networks in India. Twitter was founded by Jack Dorsey, Biz Stone, Noah Glass and Evan Williams in March 2006. Twitter is a micro-blogging site supports 140-character messages to post which are also known as tweets.

According to statistics Twitter has 310 million monthly active users around the world and 100 million users actively use Twitter on a daily basis. Along with that, an average Twitter user spent 170 minutes every month.

[ Interested in making money online? – Learn How to make Money with your Twitter Account ]
People use Twitter for both businesses as well personal purposes. Twitter has provided many products in order to help the audience which includes product card (way to represent goods and sell items on Twitter), player cards (a way to deliver rich media –video clips and audio clips) to audience, photo cards (to put image in front and middle of the tweet) etc.

Additionally, Twitter has also been adeptly widely by the education sector, famous faces and world leaders which list it among top 10 social media sites in India and across the globe.

#3. Instagram India : The Best Social Site in India for Sharing via Images-

Instagram is also one of the most used social media channel used by people in India nowadays. Instagram was founded by Kevin Systrom and Mike Krieger in 2010 which was later acquired by Facebook in 2012. Instagram is an image sharing site which allows you to share your photos and videos (3 to 60 seconds long) both publicly and privately.

Along with that you can also login to multiple accounts on a single phone with their add account option, it also supports 25 different languages. Additionally with the help of Instagram blog you can find various blogs on various topics related to Instagram.

So due to many facilities and according to latest statistics, Instagram users are got doubled in a year in India and hence makes it one of the popular social networking site in India.

Another popular social networking site in India is LinkedIn. LinkedIn is a business based social media sites where users can interact with the business persons of the same domain and other domains as well. LinkedIn was founded in 2002, and it has an existing user base of above 30M audience in India as per claimed by the company.

Along with that Linkedin has also introduced some useful features for business users like Add A Company, create and discover group, to post a job and to apply for a job under their job section, which makes it favorite among business persons and individuals as well.

#5. YouTube- The Outstandingly Popular Site for Video Sharing and Watching

YouTube is one of the most used & popular social networking platform in India. Users make use it for different purposes like just for entertainment, for teaching something, for learning, for business promotions and a much more. YouTube was founded in 2005 and later owned by Google in 2006.

And as per the statics, India is the second largest market for YouTube and has 60 million particular users in India who squanders over 48 hours a month on YouTube.

Pinterest has also gained immense popularity in past few years in India and has become top social media marketing site in India. And according to stats Pinterest has second largest user base after the USA.

Google Plus is also one of the used & prominent social media channels in India. Developed in 2011 and substituted Google Buzz, this social media platform allows sharing images, videos, links, events and even poll for certain issues. Along with that users can get benefited by joining Google communities, Google Connections, etc.

In present date, Google Plus has exclusive 120,000,000 monthly visitors which are enough to make it be in top 10 social media channels in India and across the globe.

Best Tips for Social media Marketing over Google Plus

Update: GooglePlus was shut down in December 2018 by Google due to some privacy and data issues. We will update you here if Google announces something new in the place of Google+.

[ How to use Tumblr for Free advertising and marketing ]

Tumblr is one of the renowned social networking sites, was founded by David Karp in 2007 and latter Yahoo owned it in 2013.

It allows sharing of different types of media, and it has total 110,000,000 unique numbers of visitors in a month which makes it one of the most renowned social media channels in India and across the globe. Tumblr is one of the best Microblogging sites on the Internet.

#9. BharatStudent: Joined by Millions of Users in India for so many things.

BharatStudent is also a social networking site which allows has many different options which user’s uses for various things like for making friends, gangs, uploading photos, videos, classifieds, playing games, for online mobile recharge, sending e-greetings and a many more things. Currently, site has more than 7 million users in India.

#10. Flickr: The Best Online Place to be to find Amazing Photos and Talented Photographers

Flickr is a primarily a social networking site which allows sharing of photos. It was launched in 2004 and was owned by Yahoo in 2005. It has about 65,000,000 monthly users in a month which shows that it is one of the most used social media networks in India and across it as well.

If you are a beginner marketer then don't forget to subscribe our blog Ads2020.Marketing as we mainly focus on the content related to digital marketing for beginners. You would get all kinds of resources (free/paid) required for digital marketing success.
Previous 7 Most Popular Video Editing Apps for Android Phones
Next 5 Ultimate Ways To Get The Product Sell by Itself- Beginner Tips for Sellers 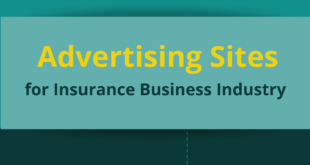 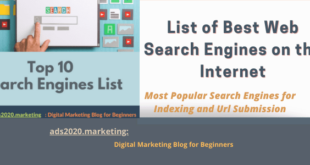 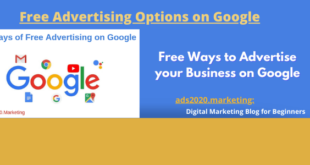 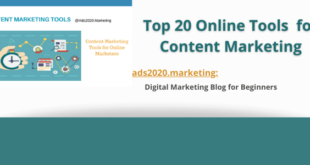 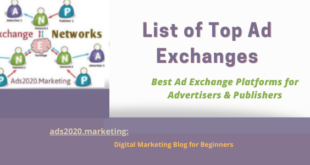 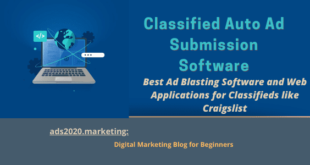 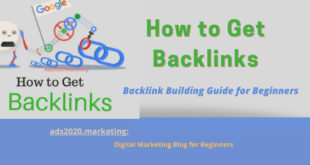 Backlink Building Guide for Beginners: 9 Major Ways to build backlinks for your website [In …